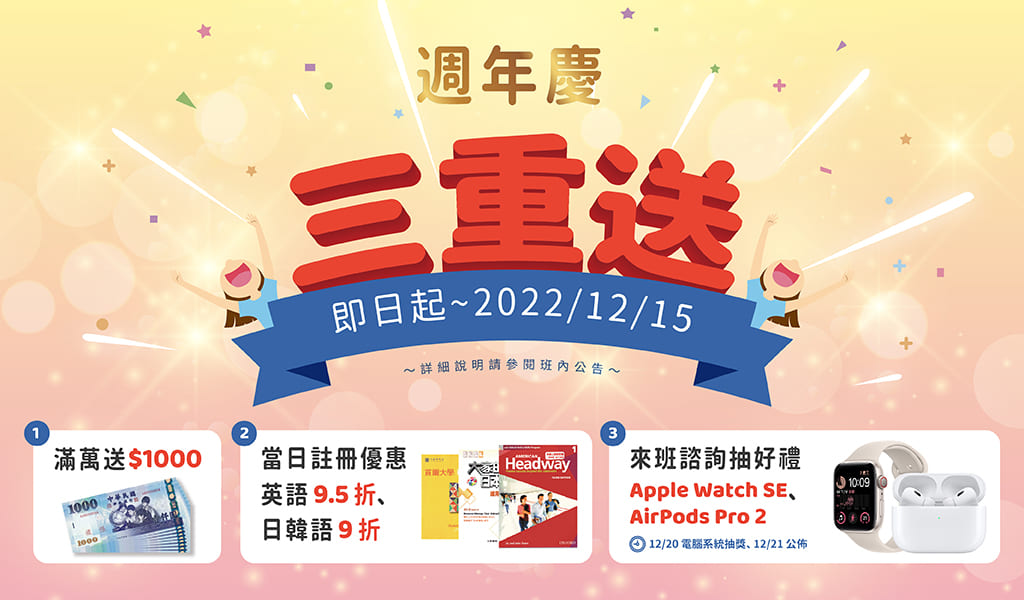 🔵 Note-taking in the Independent Task

🔹 Question: Where would you want to be professionally in ten years? Use details to support your response.

In ten years I would like to win an import business of my own. Next year, I will be starting a master’s program in business with a specialization in entrepreneurship. I will be getting this degree because I hope to start my own business and make it successful some day. After I finish my master’s degree three years from now, I will most likely take a position in another company for a few years to make some money and to spend some time planning my own business. Within ten years, I hope to own my own company and be on the way to making it a success.

🔹 Question:
Sometimes students have to write papers. Sometimes they have to give oral presentations. Which activity do you think is better for students, and why? Include details and examples in your explanation.

I think writing papers is better for students. Firstly we need to develop strong writing skills. We go to school mainly to learn reading and writing, so we need a lot of practice. Examinations require a lot of writing, so writing papers is good reparation. Also, I think writing is a better way to show that I understand. When I write a paper, I can think deeply because I have more time to explain my ideas.

🔵 Note-taking in the Integrated Tasks

🔸 One of the most persistent desires of human beings has been to indulge in mood-hanging and pleasure-giving practices. For instance, diverse cultures have engaged in the drinking of alcoholic beverages of all descriptions. But as with most pleasure, overindulgence can be harmful to oneself and others. Also, not everyone agrees that drinking or using other mood modifiers should be an accepted pleasure. (4 signal words)

🔸 But even those pre-agricultural people who had fairly stationary living sites did not develop in civilizing ways comparable to the farmers. Agriculture probably required a far greater discipline than did any form of food collecting. Seeds had to be planted at certain seasons, some protection had to be given to the growing plants and animals, harvests had to be reaped. stored, and divided.

Thus we might argue that it was neither leisure time nor a sedentary existence that produced great changes in human culture. The cause was rather the more rigorous demands associated with an agricultural way of life. Humanity was changing plants and animals to suit its needs, and living in close relation with plants and animals was changing humans way of life.  (9 signal words)

Isaac Asimov
Isaac Asimov (1920-1992) was an amazing author who wrote an astounding amount of material on an even more astounding variety of subjects. His literary studies included line-by-line analyses of all of the play of Shakespeare; his historical research included works on the history of Greece, the Roman Empire, England, and France; he also wrote well-researched tomes on physics, chemistry, and astronomy. What he is most likely best known for today, however, is science fiction: his Foundation series on a galactic empire inspired by Gibbon’s Decline and Fall of the Roman Empire and the / Robot series about a future society where humans and robots coexist. In total, Asimov wrote more than 500 books on this wide variety of subjects.

Polling is, of course, a survey of certain people to find out how they feel about an issue or about a candidate for a government post in an election. Polling involves, simply, asking people how they feel about an issue or a person and them tallying the results. When it is not feasible to contact everyone involved to find out what each person thinks because there are, for example, too many people to contact each one individually, then a representative sample of people can be polled and the results of the representative sample can be attributed to the population as a whole.

The Middle Eastern body of water called Bahr Lut in Arabic is known as the Dead Sea in English. This body of water is said to be “dead” not because it is the dried-out remnant to survive in it. The Dead Sea is a landlocked body of water with the Jordan River as its source and no outlet. Its high salt content, which results from the rapid evaporation due to the area s extremely high temperatures, makes it the saltiest body of water on Earth.

▪  Listening Passage:
(Professor): Now I’m sure you’re all wondering how Asimov managed to write so much. Well, the simple answer’s that he did almost nothing except writing because that’s what he was driven to do.

▪ TOPIC OF LISTENING PASSAGE: how Asimov wrote so much
Main points about topic:

Of all the organisms responsible for diseases in plants, fungi cause the most problems. Although a fungus is technically a small plant, it cannot make its own food and therefore survives by being a parasite-living off other plant hosts. A common fungus, southern blight, affects many vegetables, including tomatoes and potatoes. It appears as a fuzzy white growth on the plant’s stem near soil level. When the plant is infected with the blight, it wilts and then dies. The fungus may spread to the soil, where it can survive for years.

(Narrator)
Now listen to part of a lecture in a botany class.

(Professor)
Of all the organisms responsible for diseases in plants, fungi cause the most problems. Although a fungus is technically a small plant, it cannot make its own food and therefore survives by being a parasite-living off other plant hosts. A common fungus, southern blight, affects many vegetables, including tomatoes and potatoes. It appears as a fuzzy white growth on the plant’s stem near soil level. When the plant is infected with the blight, it wilts and then dies.

The fungus may spread to the soil, where it can survive for years. Because a fungus can survive for years in soil, the best way to control such a disease is to remove and destroy the infected plants, as well as six centimeters of soil around them. Avoid spreading disease by washing off your tools and your shoes when you go from an infected area to a healthy part of your garden. At the end of the gardening season, do a complete cleanup.

You can also keep disease away by rotating crops. Crop rotation can be effective in preventing soil-borne disease, especially when the disease is caused by a fungus that likes specific plants. For example, the fungus that causes southern blight is attracted to tomatoes. Once this fungus is present, it will thrive in the soil from year to year, attacking the tomato plants.

With crop rotation, you don’t grow the same plant in the same place for at least three consecutive years. So, for example, if you grow tomatoes one year, the next year you shouldn’t plant tomatoes in the same place. By planting something else the second and third years, any tomato-loving fungus that survived the winter wouldn’t have any tomato plants to feed on. With three years between planting tomatoes, the fungus will die off from lack of a host plant.

Question (Narrator)
Explain ways that a gardener can control plant disease caused by a fungus, and explain why these methods work.

Here are two notes that two students took during the sample lecture. Add other words and phrases that you think are important to remember about the lecture.

Response by Student
A fungus kills plants because it lives in the soil. You can control fungus by removing infected plants and six centimeters of the soil. Also, crop rotation can control plant disease caused by a fungus. The fungus lives in soil year to year, so crop rotation is three years. For example, plant tomatoes in the first year. In the second and third year, plant other plants. Crop rotation causes the fungus to die because it lacks a host plant.

Response by Student 2
A gardener can control plant disease caused by a fungus. One way is to destroy sick plants and also destroy the soil around plants. This method works because a fungus lives in the soil. Another way is to wash tools and shoes. This will avoid spreading the disease. Another way is to use crop rotation for a tomato blight. Don’t plant tomatoes in the same place every year. This method works because the fungus will die off. The reason is there are no tomato plants to eat.

Woman: You don’t look too happy, Brett. Is anything the matter?
Man: You can tell I’ m upset just by looking at me?

Woman: Yeah, it’s pretty obvious. You want to tell me what’s bothering you?
Man: Well, it’s that I m having trouble in my economics class, and I just talked to the professor. She didn’t seem too sympathetic.

Woman: She didn’t ? What’s the problem?
Man: Well, it’s that I’m on the baseball team.

Woman: I know. I’ve seen you play. But what does that have to do with your economics class?
Man: It’s the away games. That’s the problem. The away games are all on the weekend, but usually when we’re traveling to another school for a weekend game, we leave on Friday. The team bus usually leaves about noon on Friday.

Woman: And that has something to do with your economics class?
Man: Yeah, my economics class meets on Mondays, Wednesdays, and Fridays, in the afternoon!

Woman: I see. So you miss your economics class once in a while on Friday afternoons?
Man: Not just once in a while. It’s been every Friday for the last four weeks.

Woman: And you talked to your economics professor about this?
Man: Yes, I did. And I told her why I missed class on Fridays.

Woman: I think that’s because you’ve missed so many classes… Listen, have you thought about switching to a different section of the class? I think there’s another section of the same class on Tuesdays and Thursdays.
Man: I hadn’t thought about that. Maybe that would be something to consider, since my professor’s not at all happy that I miss class so much.

🔸 聽完了這個材料後你所做的筆記應該類似於下面的文字：
TOPIC OF LISTENING PASSAGE: problem man is having with economics class
Main points about problem:

🔸 這道題的問題如下：
Question: How does the woman react to the man’s problem?
用以上的筆記，很容易回答這個問題，別忘了使用一些信號詞來組織自己的回答：

You didn’t know? An anonymous donor is paying the bill for most of the sculpture.
（你不知道嗎？一位匿名的捐贈者將負責這 尊雕像的大部分費用。）

最後溫情提示：Don’t be shy to speak! The more you practice, the more confident you will become. 超